World Mental Health Day makes me think of my daughter. For quite a while Grace didn’t know why she felt so sad, so lost, so desperate & overwhelmed by life. She didn’t know she was suffering from a season of mental illness - very often young people don’t realise they’re unwell and they internalise it. What I wanted Grace to know was she was poorly, just like times she’d been unwell with an illness that attacked their body - a stomach bug, or headache, a fever or an infection - this time the illness had attacked her mind & infected her thoughts.

Grace was bullied at school and the words cut very, very deeply and stayed with her for years. Cruel, spiteful, unkind & untrue words from former friends culminated for Grace in a strong belief that she was inherently unlovable. Even several years after she had left school behind, their words, added to her already sensitive, deep-thinking soul, morphed into anxiety that affected every part of her life. Then after years of trying to be strong for too long, depression took hold.

As a parent I felt helpless to know what to do for her. Now I realise I did quite a lot and if you find yourself in a similar place with your young person you can too.

I had to pick my times carefully and had to persist and had to ask direct questions, of whether she’d thought of ending her life and if so what she’d planned. I had to ask in different ways, persistently sometimes but we did talk, in her time, at her pace. She struggled to put into language the pain she was experiencing in her mind, but she let me make her GP appointments and accompany her there, and sit with her at A&E after overdoses - to be close, supporting with only my presence - which never felt like enough, but I lent her emotional strength when she had none. Sometimes I just held her when she cried, cuddled her close as though she were 8 not 18, because with body shaking sobs of deep pain and anguish there aren’t any words.

Seems obvious? But when she was so deeply lost down the pit of depression, everything had to be spelled out, said clearly, repeatedly, to ensure I reached her. So I told her again and again that I loved her no matter what. That she was not a burden. And I spoke of acceptance, voicing to her that I recognised she was going through something I didn’t understand, but I was in it with her - as much as I could be. No empty promises... the one consistent promise I repeated was “You won’t always feel this way sweetheart. Things won’t always be this bad, I promise you they won’t”. I lowered my expectations as her world closed in around her. I was determined to demand nothing of her. The illness was shutting her down and I didn’t want to add pressure. Education, work, responsibilities - we’d gone way beyond my nagging to ‘keep up’ with everything because I wouldn’t ask someone with a chronic physical condition to carry on regardless, so I didn’t ask her to. I realised how far down the road of desperation she was, that this wasn’t about ‘geeing’ her along and it wasn’t about me .. so I bit my tongue when she hardly spoke; I held my silence when my healthy cooking was barely touched; I said nothing when her lack of emotion and connection felt like a personal affront and started to damage every area of our family. Because she was battling this harsh hidden illness and she needed an ally not a detractor.

We all have a role as parents to our young people when they’re experiencing mental illness.

It’s a hard role and you’ll feel you’re not doing much, but keep going.

Build a support network around yourself.

Build a support network around yourself first and then offer your strength, love, acceptance, patience, understanding. Advocate for them with professionals.

Listen actively. Remind them often that feelings can change, emotions can move, hurts can heal. Hug them, sit with them - in silence if necessary, be there. Be the silent undeterred bedrock of calm that they know won’t break- because their whole world is imploding and they need something stable to hold into, while the enemy of mental illness threatens to destroy them.

It’s painful to watch and more than frustrating not to be able to fix. It’s heartbreaking when it seems to get worse before it gets better, but this is real parenting - to overcome our own fears first and then support our young people while they battle in the mental health pandemic that existed long before any of us had heard of Covid-19.

You are strong enough for this. Don’t listen if your feelings say otherwise. Overcome. Keep going. Be brave. Stay alert. And let them know they are not a burden, this too shall pass. Until it does, they are not alone 🤍

Where to get help, how to respond to bullies, frenemies, sexting and cyberbullying. 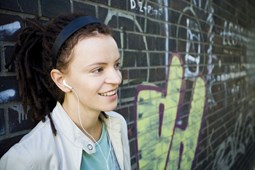