As CEO of the anti-bullying charity that helps, I wanted to give advice this International Women’s Day on raising girls, but frankly I don’t have the answers. All I felt able to do was share my own experience as a Mum and my hopes for my own daughter.

My girl loves Lego. But she hates pink. So she hates Lego Friends and doesn’t understand why it feels like that is meant for her as a girl (incidentally I brought this up with Lego, who said they were responding to “what the consumer wants” (not this consumer!) and would not be bringing back good old yellow).

My girl is crazy about football. She googles “how do I become a professional footballer?”, but her confidence has been knocked as some of the boys have told her she is not to play, that she’s rubbish.

My girl is acutely aware that she is a different colour to most of her friends and she tells me she wants to be white. She says Beyonce is white “because in a lot of photos Beyonce looks white”. I can’t work out how to explain that yet.

My girl loves computers and Maths and wants to do STEM so I tell her she can do anything she wants to do - inwardly questioning how true that is and how I can begin to help her when I had no confidence in Maths or Science.

The majority of her friends are boys and they have built a wall around her (when the other boys said she was rubbish at football - her boys quickly came to her defence). Her friendship group is full of kind, sweet, funny boys. This is alien to me as my best friends have always been girls and women. She has been raised by a a Mum who is a CEO. She knows women are powerful but she still questioned how it was possible that our female GP was a GP not a nurse, despite all I had taught her.

My girl is strong, fierce, funny and infuriating. She blows my mind. I try to arm her with self-belief and the ability to say ‘no’ when she wants to, to say ‘yes’ when she wants to, to reject friends and followers who hurt her and to seek out joy and love. To not tell her too much about the world that it scares her, or too little that she’s not prepared. But the thing is she will find her own path to womanhood. All I can do is try and equip her, knowing some of what she will face but none of what it’s like to be her, and hope that the world is kind to her. 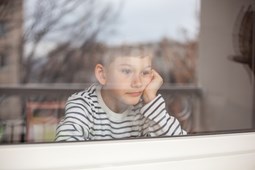