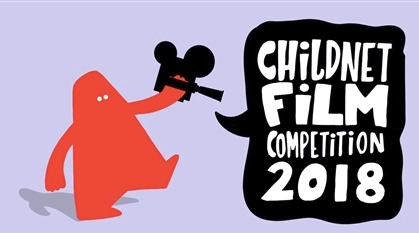 Delivered by Childnet as part of its work in the UK Safer Internet Centre, the competition aims to encourage young people to have respectful interactions online and gives young people the opportunity to harness their creativity and share their understanding of online safety issues.

Judged by a panel of experts from the BBC, BAFTA, BBFC and BFI, the winning films will be shown at the finalists’ event in London and will be used as educational resources in schools across the UK.

This year’s theme focuses on how young people can ‘connect with respect’ and work together to make the internet a better place for children and young people.

Over the past nine years, hundreds of young people have shown us how they can use their creativity, passion and skills to educate and inspire their peers to stay safe online. We are hugely excited to see the films that young people will be entering for this year’s Childnet Film Competition and how they can help shape a respectful and better internet for all.

Connect with respect – how to take part

The Film Competition is split into two age categories and schools or youth organisations must oversee and submit entries on behalf of all participants. For both categories, young people must create a film in response to the theme: ‘Connect with respect - a better internet starts with us!’

For both age groups, Childnet are looking for creative, imaginative films which show how young people can make a positive difference online. Young people might express their ideas through comedy, animation, or music. They will be encouraged to consider different filmmaking styles such as creating an advert, campaign or documentary.

Childnet have developed resource packs including storyboard templates, guides to filmmaking and other useful documents to help schools and youth organisations engage and support young people in making their films.

Closing date and how to enter

Entries need to be sent to Childnet by 11th June, including entry and media consent forms which can be found at www.childnet.com/film-comp. There is also important information about copyright that entrants will need to consider.

The shortlisted films will be shown on the big screen in front of industry guests and young people at the Childnet Film Competition 2018 Event at the BFI London Southbank and will also receive a BBFC rating.

The Film Competition winners will each receive a filmmaking kit for their school which includes a Canon DSLR camera, tripod and clapperboard.

The winners will be decided by an expert panel which includes: