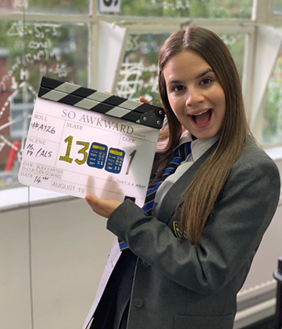 Cleo Demetriou has joined our team as our youngest Ambassador and we couldn’t be more thrilled.

Cleo is most notably known for playing Lily in the Bafta winning children’s series 'So Awkward', seen on CBBC. Another little fun fact is that played Matilda in Matilda the Musical the original West End production for which she won the Olivier Award for ‘Best Actress in a Musical’.

“I am so excited to be an ambassador for Kidscape, I am honoured to be able to have a positive impact on young people’s lives by helping to spread the word and raise awareness to such a great charity.”